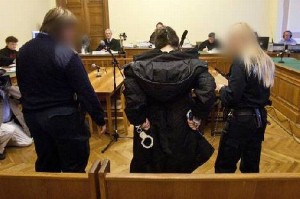 Homebirth and the operation of independent midwife have been unregulated in Hungary in the last 20 years. Although a government order came into effect in 2011, the situation did not really improve. The most experienced midwife of the country, Ágnes Geréb has been imprisoned for more than a year, and at the same time several court cases are in progress against her and 4 other midwives. These cases clearly show the lack of equal and fair treatment of independent midwives and homebirth, compared to hospital cases. If you have any idea or recommendation about how to make steps towards the recognition of midwifery and homebirth in Hungary and in other countries of the region, please contact us!

More than a year ago, on 5 October 2010 policemen appeared in a Budapest Birth Center, after the ambulance was called to a baby born in a suddenly started, so-called precipitous birth. Despite her successful intervention, which probably saved the life of the baby, Agnes Gereb was immediately arrested and put into custody for 'endangering life'. Her freedom has been restricted ever since.

A short summary of the case:

However there is no excuse to the human rights violations experienced after the arrest of Agnes Geréb.

Preliminary detention from 5 October to 21 December 2010: Several unlawful measures were taken during the preliminary detention of Agnes Geréb: she did not get clean clothes for 3 days, communication with family members was restrained without justification, she was regularly stripped naked, her body cavities searched, her medicine was refused, and she was taken to the court in handcuffs, leg-chains, lead by a chain. The leg cuff caused serious injuries, still visible.

Statement of the ombudsman: The ombudsman released a statement saying that “the instruments used to restrict free movement of a weak woman were disproportionate and thus are against the principles of legal certainty, the right to lawful and fair legal measures and human dignity”.

Conditions of custody Two members of the Hungarian Parliament upon the request of the Human Rights Committee compiled a report on the conditions of custody. The title of the report was “Shut up or I push your head through the bars” - this sentence was heard by the MPs during their visit in the prison. Two appeals were made to the Strasbourg Court of Human Rights about the circumstances of the custody. No decisions were made yet.

21 December 2010: Agnes Geréb was released from prison, and her home arrest was ordered

Agnes Geréb is being charged for negligent malpractice three times and unlicensed medicine once. The necessity for maintaing house arrest was justified by the danger of repeating the said crime. However “negligence” cannot be repeated, as it is cannot be done on purpose. The other reason for house arrest is that she – allegedly – is banned to experience her profession, which is not true, her earlier 3-year banning from practicing obstetrics is already terminated.

She presently remains in house arrest at least until December, 21st when the next court review of her house arrest detention occurs!

Her previous banning (starting as of November 2007) was a result of an earlier court case, due to a sad loss in 2000. Geréb was cleared of responsibility by the court of first instance, and only convicted by the third court, in a controversial 2007 judgement. The “breaching of certain professional rules” was stated, although no “cause and effect” relationship was found between this breaching and the death of the baby (14 months after delivery). Ágnes Geréb was struck off the register for 3 years as an obstetrician but neither as a doctor nor as a midwife.

Other fatal cases happened in 2003 and 2007 and two minor cases, started upon  hospital transfers following postpartum hemorrhage (where both mother and baby were fine soon) were eventually combined and processed in a single trial before the Municipal Court.

In March 2011 the court found Dr. Geréb guilty of negligence and in an exceptional and unprecedented sentence gave her a two year term of imprisonment and suspended her from working as a doctor or midwife for 5 years (this sentence currently under appeal, next trial is expected in January).

This series of court trial is also quite controversial. Two main claims of the appointed experts, on which the judge based his sentence, are that Ágnes Geréb should not have allowed a baby expected to be over 4000 g to be born at home, and also made a mistake when applying the Martius maneuver for shoulder dystocia. According to them,this maneuver does not exist, or if exists, it is very dangerous, as implies turning around the head of the baby roughly thus likely to cause the injury of the spinal cord.

No Hungarian midwife or any international expert in midwifery is deemed eligible to be on the Judicial Medical Expert List and so none can testify to the Court on the matter of Dr Gereb’s  actions in the discussed cases.

The trial judge declined the defense request for independent international experts to personally appear in court to present their opinion on Dr. Gereb’s birth actions. The trial judge ruled that only the written opinion of the international experts could be presented to the court but that it would not have an equal standing to the opinion of the listed Hungarian Hospital Medical Experts. The judge stated that he would not be influenced by the fact that these birth case incidents occurred at home.

Dr. Agnes Gereb has attended the birth of over 3,500 healthy babies at home and in a birth-house during the past 20 years. Before that, she attended 5,500 births at the University Hospital in Szeged. These statistics, combined with the fact that at home the births were all active and natural, make Agnes Gereb Hungary's most experienced birth attendant. Out of these 3500 homebirths, 3 fatalities occurred, and only one of these is considered perinatal death according to the statistical definition. These figures are convincing, and are not worse than any other international homebirth mortality statistics.

The results of the first study about homebirth in Hungary appeared in Oct 2011 by Gabriella Varró. The results show that about 5% of planned out-of-hospital births required transfer to hospital by ambulance, which is a rate is similar to that of other countries. However, it is unique in Hungary that every third ambulance transfer was followed by police investigation and likely to get media attention